Yes, we are still open and operating

A Note to Our Customers About COVID - 19

To our valued customers:
Chill Brothers has updated policies to adhere to the constantly changing COVID-19 situation. We understand that this is an uneasy time for many and we are committed to the health and safety of our customers and employees, which is why we are taking extra-precautions.

We are closely monitoring the COVID-19 situation, and implementing best practices provided by the United States Public Health Service.

We are continuing to operate. If you have questions regarding our current processes, please feel free to contact our team at hello@thechillbrothers.com .

Chill out, and let us work it out.

Welcome to The Chill Brothers 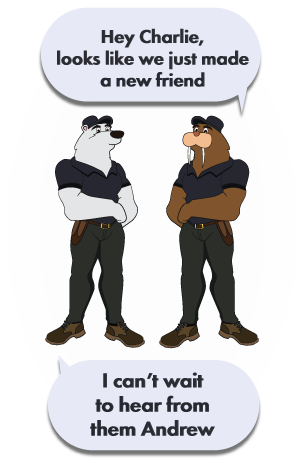 About 90% of households in the U.S. have an air conditioning unit. We use air conditioning to make our homes comfortable by regulating and maintaining optimum conditions. All air conditioners are equipped with a refrigerant to provide a cooling effect. If your home was built more than a decade ago, there is a high chance that your cooling system is using R22 refrigerant. Although the refrigerant was widely used in the past years, it is currently banned in the U.S and as of 2020 it is no longer being produced or imported. If your AC system uses R22 and you are not very familiar with it, read on to find out more about it.

R22 freon, also known as HCFC22 freon, is a type of refrigerant. A refrigerant is a chemical used for cooling an air conditioner system and other refrigeration equipment. Before its ban, it used to be the primary refrigerant used in many air conditioning systems.

What is R22 Refrigerant Used For?

R22 refrigerant has been used in household air conditioners, heat pumps, and other refrigeration appliances. It is used in AC systems to produce the cooling effect. Your AC cannot cool your home if it doesn’t have a refrigerant. Also, a refrigerant is used in heat pumps to heat a home by facilitating the movement of heat from one coil to another. Besides being used as a refrigerant, R22 is also used as a propellant to impart motion in certain machinery and equipment.

Is it Illegal to Install a New R22 System?

Although R22 freon was widely used in the past years to equip air conditioning systems, it was banned, and it’s currently illegal to install a new R22 system in the U.S. The U.S. made the manufacture of equipment using R22 freon illegal in 2010.

The U.S. Environmental Protection Agency (EPA) joined hands with other agencies worldwide in 1987 to create the Montreal Protocol, an international treaty aimed to protect the ozone layer by phasing out the production of synthetic materials that deplete the layer. The ozone layer is a region in the stratosphere that shields the earth from harmful ultraviolet rays that can result in poor agricultural productivity, skin cancer, and other adverse consequences.

EPA started implementing the Montreal Protocol in 2010 in stages. It began with banning the manufacture of new equipment that used R22 freon. Manufacturers were required to use other alternative chemicals that don’t harm the ozone layer as refrigerants in AC systems. As a result, most units manufactured after 2010 don’t have the R22 refrigerant.

When the Montreal Protocol began its “Freon Ban” phase, homeowners who had appliances using R22 were accommodated through guidelines that stipulated ways to obtain the refrigerant and conduct repair and maintenance. Moreover, the guidelines also regulated the handling and treatment of R22 freon. Technicians also underwent EPA-certified training to learn how to handle the chemical.

EPA rolled out the next phase of the Montreal Treaty in 2020 by banning the production and importation of R22 into the U.S. Under the new guidelines, repair companies must use recycled or recovered R22 which is becoming increasingly harder to find to repair and maintain older units using R22. In other words, it is illegal to install a new R22 system today.

If you have a system using R22, you will have a hard time finding the refrigerant in case of leaks or other issues. Even if it is available, it will be very expensive. The good news is that the R22 has a replacement, the R410A. This refrigerant is affordable, environmentally friendly, and easy to use.

A. R22 has been banned due to its high ozone-depleting potential. R22 leaks are highly toxic and can damage the environment and people’s health. The use of R22 freon in air conditioning units has been restricted & banned from being used in any new products.

Q. Which are Freon 22 Replacements?

A. There are alternatives to R22, and some of them are already being used in certain parts of the world. R410A, R134A, R407C, R407A, MO99, and RS-44b are a few popular R22 substitutes. This type of refrigerant is environmentally friendly, inexpensive, and simple to store, use, and transport.

A. R22 refrigerant has been used in household air conditioners, heat pumps, and other refrigeration appliances. It is used in AC systems to produce the cooling effect. R22 is also used as a fuel to impart specific machinery and equipment motion.